Daughters of Charity is an orphan home providing shelter for children irrespective of their religion. They also support female victims of domestic violence.

We make a small donation.

This is Charity Travel’s fastest cause so far. In only ten minutes I am guided around the church complex and take pictures of their good work. A good friend back home in the Netherlands has also vouched for this cause. 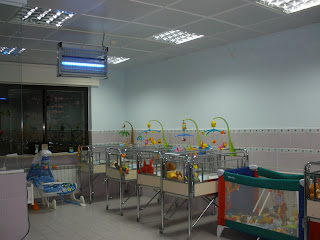 Daughters of Charity Bethlehem is a daycare center for the most underprivileged children from Palestine territories, regardless of their religion. It also shelters unwed mothers whose life is in danger as they come from a conservative islamic environment.
Since 1883, the sisters of Charity of St. Vincent de Paul are taking care of the most underprivileged children in the holy land. In 1895 they established a hospital, now known as the Maternity of Bethlehem.
The Crèche itself has a capacity for 120 children, that are given much needed love, security, care and education in our times that are rather dark as a result of the inhumane separation wall and humiliations by the Israeli military (see this blog-post)

“In the actual Socio-geopolitical context, the ‘Crèche of Bethlehem’ is more than ever necessary. It is an oasis for peace for the abandoned or entrusted children: children from poor background in every sense, undernourished, beaten, sometimes even raped, thrown out from their families by the mother in law, witnesses of the tragic death of their parents. Babies left on the road by desperate unwed mothers, and in many occasions it’s the only refuge for such Moms.” [source: Daughters of Charity brochure] 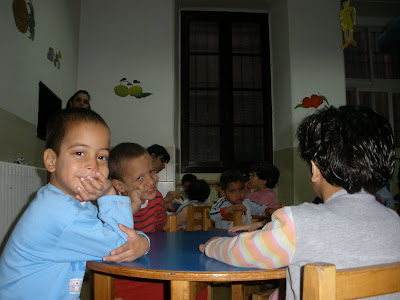