I decided to split up. One part of me is sitting in the sun being wonderfully happy, living up to his dreams to his heart’s content, he produces reflections like sunrays on the surface of a still mountain like, and he produces the illusion that those reflections will last at least a few centuries. The other part is called Jack and Jack is moving around the city. You have to move around and do certain things in order to spark a reader’s interest. Obama understands that. Yesterday he moved around in Air Force One called it a ‘spiffy ride’ and was all excited about it. The aircraft can refuel in mid-air. The other part is going to roam the city in search of excitement, in search of people with a tough story, with lilac scars covering their pale skins, with a dark history of violence that just sells better than the author sitting in the sun being damn happy. The other part jumps off buildings and refuels in mid-air, spouting a radioactive tail of glistening va 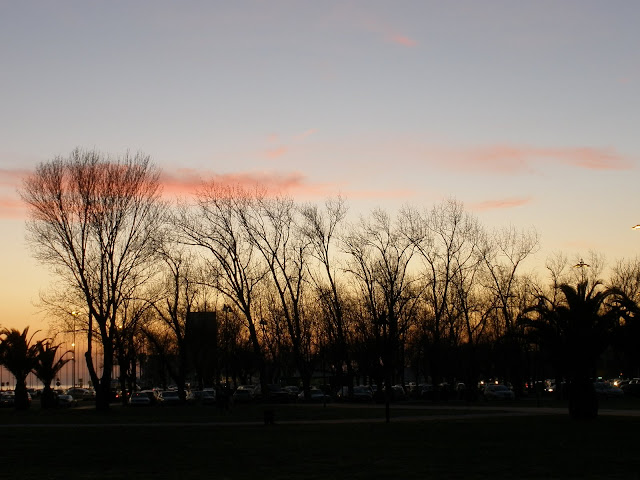 por behind him, he catches big time crooks and turns their faces into rotten tomatoes, he wades through the Tejo with delight and dances up the hill to join the Christ-redeemer and look over the city together. Jack is awake, you can sleep safely tonight.

“Stream of consciousness”: there is a name for this writing technique. Just let everything flow through your brain, in and out, straight through. A mouthwash. A good round of gurgling
with fluor gel and antibiotics. A flush of our system. How we enjoy observing this stream passing in front of our inner eyes. We don’t need to bathe in the river, neither do we need to
proof that we can only bathe once in it, neither does anyone challenge us to proof anything about the stream. Yet it’s not the stream that interests me. It’s the phenomenon that you find
yourself urged to tell a certain story, to add a certain comment, to add some news you just heard, or the recipe of humus. You are making a decision to put in something that is at
first sight totally disconnected with the stream. But of course there is a connection, there is some hidden reason why your brain popped out that particular item at that particular place.
You can analyze that later, and you can call it your “subconscious” being that organized your writing. That subconscious can become a good friend of us. We cannot see him unfortunately since he is always ahead of us. He is something like the opposite of our shadow. Jack is chasing him, in my case.

That night we were invited to be the public in a Portuguese tv-show called “pros e contras”, they discussed the issue of gay marriage. It would take the whole evening and we’d have to take
a taxi back home. We decided to skip the studio thing and watch the show on tv instead. They had a bunch of people there talking gayrights, homophobia, venting their worries about the
children that would be adopted by the homosexual couples. I couldn’t understand them but Cristina interpreted it. She is a good interpreter and I really appreciate it.