I haven’t written on this place for too long. The reason seems to an unhealthy kind of perfectionism that has crept into my mind. The language, my own ramshackle version of English I am stuck with (because otherwise my audience would be decimated) – I fail to romanticize it anymore, I think it looks bleak when compared to “real” English writing. Of course, the idea that I possess that faculty of judgement, that it’s my call to say these lines are not esthetic, means that I somehow see myself as qualified. It might be a growth spurt of language awareness (oh how blessed were the times when you could just write without a second thought, when you still believed in that naive purity of expression).

What about perfectionism? The idea that I fall short of Oxford standards, that I can be a surrogate at best takes for granted that there is a “natural” language in which we can express effortlessly whatever occurs in the folds of our mind. I don’t believe that. I believe language is struggle, and it doesn’t matter if you write in the language of your youth, of your Bible, or of the scientific papers you read. As long as it is a struggle and not a showcase of clichés, quotes and habits. It should be beating habit. “Writing is giving habit a good beating” – you can take the quote, it’s unlicensed.

But there are more perfectionisms that have gotten in my way. I’m not an expert. On nothing. This may sound strange, but I had difficulties separating form and “content”. I don’t like the colors fonts margins typography icons layout design of my blog, so I am discouraged and postpone publication until I regain confidence in its appearance. (I actually do run some other blogs that haven’t changed their design for years, and I am still content).

But blogs are not the real thing. They are a medium to share ideas, drafts perhaps, or recycle previously “published” (whatever that means) articles. The real thing is somewhere else. On a writer’s blog we read some of her reflections, but we know “if we want the real thing, we should buy the book”. The obsession with the “real” thing is of course the libidinous drive of consumerism. Le véritable objet est toujours ailleurs.

My intuition has always been roughly the opposite. There is no “yonder”, no textual heaven where the “real” narrative unfolds. The event of the real narrative, the making-real of the narrative is making it into “something”, placing a boundary around it, and using the narrative of exclusivity to create the illusion that makes the “real narrative” stand out of the stream of your words. 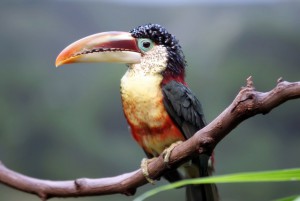 Okay, I should stop. The crackpot philosophy starts to sound ridiculous. Who wants to read such anyway? I want to adapt to the genre instead, and leave you with a feelgood thought for the final days of the year. A thought about keeping a rock-solid self-confidence no matter what.

Think of your mind as
The last specimen of that species
That most colorful species you will ever know
You see. Otherwise we cannot save any species,
or anything