The living condition for Philipino migrant workers in Jordan is so bad that the embassy had to put up a shelter for them.

We support some Philipino migrant workers with their medication. 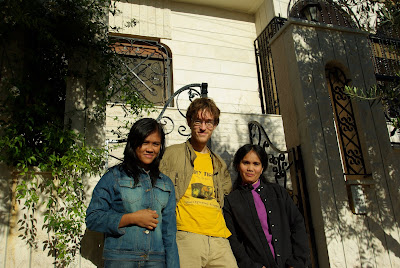 The faith of millions of household workers that leave their countries every year in utter desperation to work abroad under terrible conditions deserves much more attention than it is currently granted by the mainstream media. That is why I decide to support the shelter the Philippine embassy to Jordan is running for distressed and abused Filipino housekeepers that have to flee their employers. The Indonesian and Sri Lankan embassy also have their shelters here. Now the situation of the household workers in Jordan is relatively good compared to the treatment they get in Saoudi Arabia and Quwait.

In the Philippine shelter, established 2005, live more than 160 people from about 28,000 Filipino workers employed in Jordan. Many of them work under terrible conditions, are not allowed to take even the shortest break on a 16 hour working day, are abused mentally or physically. There are exceptional cases of suicide, unwanted pregnancies, and rape. Some people have to stay in the shelter for more than a year because they are legally forced to pay back the sum their employer has invested to bring them here, typically about 2000 USD. 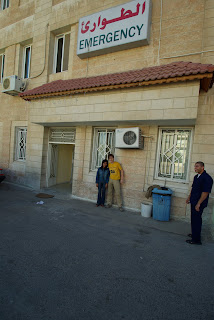 The shelter provides basic care and legal assistance for those who were abused, forced to leave, or not even employed because of health issues, yet can’t go back to the Philippines because of the financial claim mentioned above.

Charity Travel supported two women with their medical bills. We are hoping that the faith of the household workers will be noticed by enough people to take action on a larger scale.