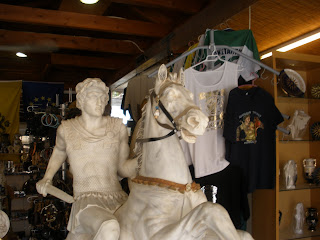 This saturday I say goodbye to my Greek friend who takes me to what turns out to be the perfect hitchhiking spot north of Thessaloniki. After five minutes I am sitting in a Hungarian car and I am thankful to the couple that takes me straight to Szeged. We say goodbye at the border and I pen home / Berlin /Germany on a piece of cardboard. An old pesky Austrian truck driver with sparkling eyes and a cumbersome gait tells me he is stuck at the border and needs a ride though, but they don’t take him. I have difficulties understanding his dialect and nod at him. Asking around – never a fine business – takes me less than an hour, then a man from Kosovo gives me a ride to Leipzig. It is almost a record breaking hitch: Thessaloniki-Leipzig in 24 hours. The Kosovo-Albanian man is working working as a cleaner in a turkey slaughterhouse near Bremen, he drives a beige Mercedes former taxi on his way home from his family in Kosovo together with his 19-year old sun who has just begun studying medicine and wants to be a gynaecologist, I mean they are on their way from south Serbia or Kosovo I don’t keep track of the political correct name; it’s a monster drive, 170 km/h straight, pulling over for five minutes of stretching or a quick cup of coffee I offered him and me, indulging in that particular roadside happiness you and I know all too well. My driver has paved almost every gas station of the German Republic, he tells me, and all for his children. Now what do they give back? I tell him his offspring has been raised well so they will take care of him when he gets old. A Kosovo-Albanian turkey slaughterhouse cleaner in a Mercedes taxi with a gynaecologist sun. I guess that is why I like hitchhiking.