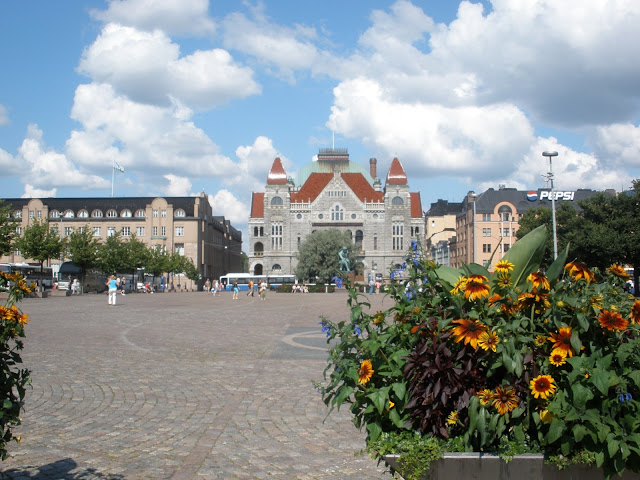 Helsinki is sunny. That’s what it is. I spend a beautiful day walking around the city. My friendly host Hanna has given me a map and indicated some interesting places. This is my second time in Helsinki. I don’t feel like a tourist but I see the city museum. Only a few centuries ago, Helsinki was a fisher’s village with a population of 500. Under Russian rule Helsinki became the new capital. It is closer to Russian territory than Turku. I see objects on display but I can’t concentrate. Whenever confronted with too much and too well presented information, my inferiority complex strikes. Oh man, that’s bad. You have to go to a process, and ta-dah, you will learn to be happy digesting information that is entirely new to you. But that’s not your problem. I like the city and I am amazed by the amount of luxury stores here. The Finns seem to have an extremely good life. Hanna tells me that even the right-wing party supports free education and free healthcare. It is a paradise from the outset, but of course not everybody is happy. I won’t get into that now.
Bad. There is a nice bookstore with a friendly French-British owner who shows me some Dutch books he cherishes as part of his collection. I read and again the inferiority complex strikes. This time, I smile about it. I am not a genius because I don’t write with my dick. Pardon. There is a little concert which is very nice. Piano, clarinet, singer, cello. Happiness fills the room. I have to leave early to do something stupid. But almost through with that. Last dependencies rapidly dissolved, cutting the umbilical cord with not too rusty clippers.
I see people looking so forty, and I want to so something, paint a daisy on my nose when I turn forty. Then I have a beer with Ilpo and his friends, it is good.