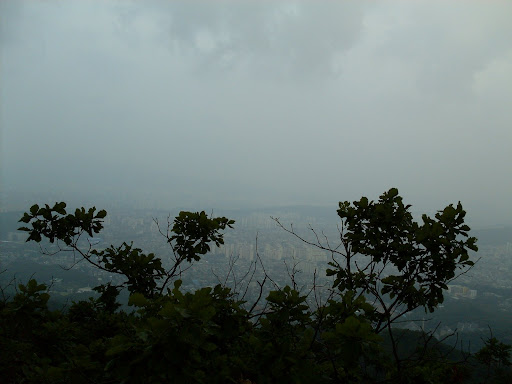 Just give yourself a break. If there is a mantra of wisdom, giving yourself a break from all too much devouring self-criticism should be in it.
Play “Who is the Zombie?”
Cast:
– a random group of people
– a zombie; the zombie should look exactly like the people in the group
The zombie has to mix with the group and then the game starts. The objective is to discover the zombie by asking each other questions. The zombie can behave exactly like a human being. The only difference is that he does not have an idea of “self”. The game continues for two hours (like a movie) and when time’s up the zombie must be discovered. That means, the majority of the people in the group must agree on one person being the zombie. If not, everybody will be punished. What will happen? Will people of the group start a conspiracy against one person? Will they try to find a majority? Which person will they pick? Someone with a strange look on his face? Someone with a limb? Someone who talks in a strange way? We cannot tell. And frankly it doesn’t matter. I used to think I was a zombie, like there was nothing “in there” (knocks on the head), like some “thing” was lacking and you have it. But hey! Soon as you think you are a zombie, you cannot be one because you think. Or maybe that’s all one big delusion? We should try to play the game. What kind of questions could we ask? “Hello are you a zombie?” is not very sophisticated. “Do you think your neighbor is a zombie?” is better. “Do you think your neigbors think you are a zombie?” is still better. “Do you think your neighbors think you think they are thinking you’re a zombie?”
Short Reflection about Writing
Sitting behind your computer screen or staring absent-mindedly at that empty sheet of paper, awaiting a spark of inspiration that gets our fingers going – we don’t need to describe it like a glossy journalist would to express what we mean. Sometimes we are eager to write something, but nothing comes. We have fallen silent. What if we write anyway? What if we produce just any sentence, anything that pops up in our mind. Why? Because those random sentences will talk back to you. They will turn from meaningless utterances into the material of your next essay or story. If you write “the lazy cat will never find the mice hiding under the sink” without scratching your chin and pondering like I just did, this sentence can turn into a starting point of just about anything. The lazy cat could need a more exact description, the mice are actually on their way to a small hole in the baseboard because they live behind it. The cat could wake up any moment when the birds start to sing so the mice have to prevent the birds from singing. A children’s story already emerges. You can think through the characters of mice and men more thoroughly and look! a grown-up story sees the light of day. The lazy cat will lose its hair and its attributes and turn into a mere abstraction; the mice will become daring thoughts hiding underneath the veil of reason and – the beginning of an essay about subversive and revolutionary thinking sprouts in your mind. The lazy cat might also become a very clear image in your mind, thus fueling a more poetic description. The lazy cat is stretching her legs / at ease with the world in a purr / draping herself between the rags / a content whorl, made of fur. I’m sure this could be much better, but the idea is clear. You can go in any direction. The random sentence you started with is something to chew on, and once you’re chewing, you’ll mix in the saliva of your faded inspiration, that will thus come back.