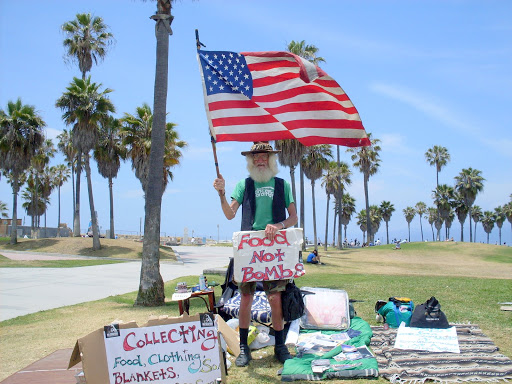 The duodenum secretes a protective mucus to prevent it from digesting itself.
Los Angeles is huge but you already know that. What’s on the travel menu today? It’s all very neat. Venice beach is great fun, and it reminds of the time when I was in Phuket’s Best Beach Huts. I see a couple of weirdos and the place where Arnold Schwarzenegger used to lift weights when he came to California as a young bodybuilder (see picture). The weirdos have funny slogans written on cardboards they are holding up.
“Parents have been eaten by pigeons. Need money
for a BB-gun to revenge.”
Then he flips the board.
On the back it says: 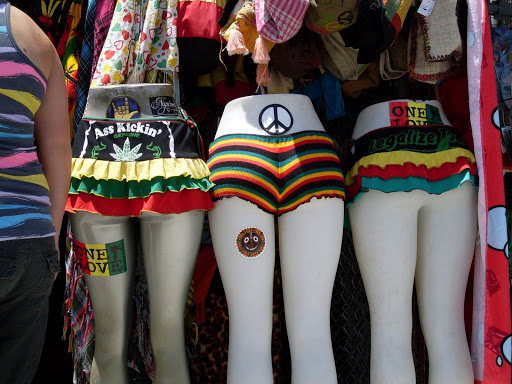 “Why lie? I need a beer.”
It’s hilarious, I have a helluva good laugh. But what about the guy himself? He is standing here all day flipping that damn cardboard to the posh tourists strutting by. He must get bored… so perhaps he needs something more than a beer. But hey, this is California man. Everything is possible. So, to cut that short, the trend is to get a prescription for medical Marihuana in the medical Marihuana clinic for 40 bucks. It’s easy to get it, you just walk in and complain about stress or low back pain, whatever. I mean, that’s what I heard. I never tried it. Watching people can make you much more stoned than any joint.
There were some amazing street acrobats around giving a good show and cashing in a healty amount of money that would more than compensate them for their backbreaking st
unts.
At night, we have a rooftop barbeque in North Hollywood. Thanks Keith for the invitation. You could have guessed: Keith is a couchsurfer too. He is the most sociable guy you ever gonna meet, he is talkative like a tropical parrot on speed. We stay on the rooftop for about two hours, and then move on to catch the 8.45 show at the Griffith Observatory Planetarium. It’s a well-done show about the history of the universe and human curiosity from Ptolemeus to Galilei and Hubble. Hubble’s telescope was not far from here. The show left us all with amazement about existence. Even the cheesy end, when the 3d-camera zoomed in on the hilltop of the Griffith observatory and the female voice says “we are interested in the stars because we are made out of stardust ourselves. When we look billions of miles to other galaxies we know we are going home”, that cheesy end couldn 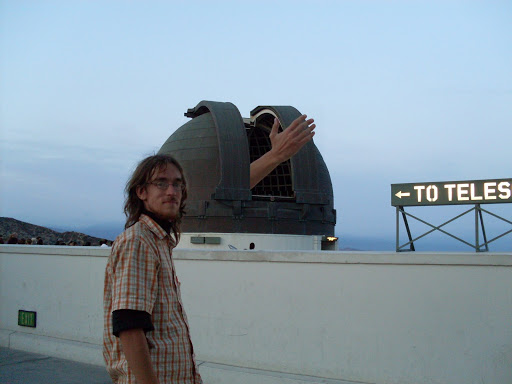 ‘t erase the lasting impression of the great show. In the entrance hall of the observatory there is a Foucault pendulum and you can see it work. It was the first experimental proof that the earth is actually rotating around its axis. So if you don’t just want to believe theory, come to the Griffith observatory and you can see evidence of the earth’s turning with your own eyes.
We are tired and content when we drive back.
It’s time for a short note about geography and memory, before I forget it. Our ancestors had an incredible memory for the locations they went to hunt. It was vital for them. Since we inherited their brains, we might also have this capacity, although we don’t hunt for survival. When we travel, our memories are far better preserved than when we stay in one place. They are organized along the grid of our everchanging locations as it were. When I relive the last few months in my head, I am able to reconstruct with great precision most of the days. It is amazing! As for the time when I wasn’t traveling, I can hardly remember a thing. By extension, traveling can also improve a person’s memory in general, and be very useful for students. Unfortunately, students have to sit at home learning for exams and cannot travel.