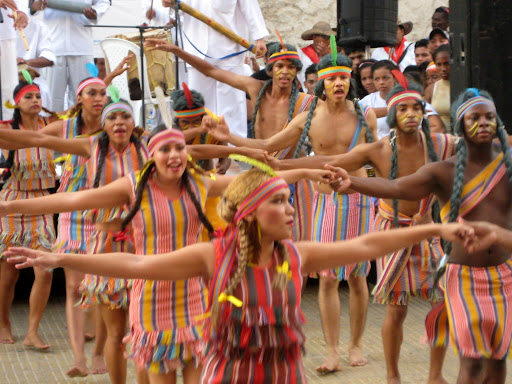 “Some entries just say that he wrote.”
-“Yes, it’s boring, I feel like he is giving up.”
“What do you mean, giving up?”
-“Like he’s not believing in himself anymore.”
“O, that’s bad. Writers should believe in themselves.”
-“That’s what I think. Shall we help him?”
“As his characters? He sees us coming and laughs at us.”
-“How do you know that?”
“It’s common knowledge.”
-“Let’s just try, come on, it won’t hurt.”
“But what should I say. ‘Hi I am your character, look at me I am very real I even have a birthmark on my belly how could I be so real if you wouldn’t have done a good job?’. Should I say something like that then?”
-“For example. It’s actually quite good. I think you’ve got talent. Now, shall we go?”
“Can’t we just write him a letter, I’m a bit shy.”
-“There’s no need in writing him a letter.”
“Why not?”
-“Because he will write it himself.”
“So?”
-“So we have to talk to him in person, don’t you understand?”
“O I see.”
-“Let’s wake him up tomorrow morning and tell him he should start believing in himself again.”
“That sounds like a good plan indeed.”

Story:
Enter Kirk and Hank in a dodgy bar in the port-city of Cartagena de Indias, northern Colombia. You can smell the salt and hear the sea. On the table we count two big beers and an empty ashtray. Kirk takes a gulp of his beer and says:
“So, how you’re doing mate?”
-“Good, thanks for asking. Doing really well here. The food is tasty and cheap. The climate is a dream” Hank answers and drinks from his beer.
They are what we call old friends, they used to be in the navy together. Now Kirk has a job as a freighter captain and Hank just hangs around making some cash with his band.
“Hank man, shall we go for some women tonight?”
-“Okay.”
“Come on, be a little bit more enthousiastic.”
-“Sorry man, I’m not in the mood.”
“Why not?”
-“It’s empty in here”. He points at his head. “I’m serious. There’s nothing. You are talking to nothing.”
“Come on, you are doing well. Said so yourself. Playing every other night with your band. What else do you want?”
Hank shrugs. He hits hard on the table and yells so that everybody can hear it:
-“Let’s drink. Let’s fucking drink tonight!” and he offers a bottle of rum.
“No wonder why it’s empty in that chamber” Kirk murmers.
-“What’s that?”
“Nothing.”
They sit and drink for some time, and two hookers come in. That stand behind the man and gently caress their cheek bones.
“What’s your name?” one hooker says to Kirk.
-“Kirk.”
“Nice. We go fuck tonight? Very very good body very very cheap.”
Kirk laughs and looks at his mate. They used to do this all the time when they were marines. Then he answers the woman.
“No thanks.”
-“But I will!” Hank suddenly shouts. “I will go with both of you!” and he leaves with the two woman. Kirk drinks up the rest of both beers.
The next morning, they see each other on the street.
“Hey mate, how it is going?” Kirk asks.
-“Bad mate, I couldn’t do it yesterday and they laughed at me. I feel so bad now.”
“Maybe that’s because your head is empty?”
-“So you finally believe my head is empty?”
“No. That was a cynical joke. I’ll never believe that. Not if you write a whole encyclopedia about it. Your head cannot be empty.”
-“I am suffering mate, beyond your imagination.”
“Because of that empty head of yours?”
-“Yes!”
Hank will never be understood. Kirk will return to his ship tomorrow, and he will hear about the suicide only months later when he will be in Cartagena again. Empty heads are a bad illness. Kirk decides to take that very seriously from that moment on.

Kamiel’s Daily Karma Rule: “If there’s no Karma Rule, don’t get upset.”
This can’t go on forever. You should try to deal with life without those daily rules. Just do something you never did before and write a short story about it. The story should not contain the word “I” though.