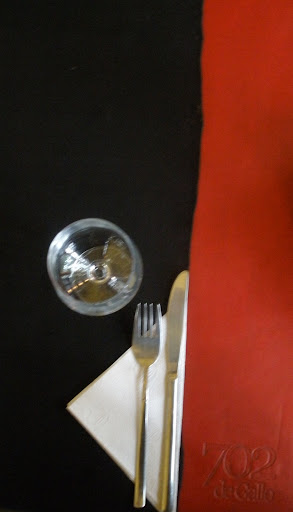 I know people. I know people that really love the idea of doing everything that can be done automatically automatically. They tell me about their dreams. Wouldn’t it be nice they say, wouldn’t it be nice to have a computer that does all that work for us? I mean, that’s what really keeps them warm. That’s their wet dream. A computer doing things for us. And then? We will discover that after the computer deprived us of doing repetitive dull things, we will lose our idea of dullness and hence our idea of livelyness, so we will lose our motivation in life and eventually kill ourselves. I don’t want to happen. You know, I used to have this dreams too when I was a kid, o how I dreamt about a super computer doing all my work. In psycho-analytical terms it must have been a phase, anal perhaps. But seriously. Can you not dream of anything more – human?

Time passes too fast. I don’t have inspiration to write everyday. Buenos Aires is a great city, but for some reason I have no interest in visiting a lot of museums here, nor go to a dangerous neighbourhood like la Boca. A woman I’ll meet in the bus station tomorrow will tell me stories about la Boca, that it’s really worth a visit but the people there don’t like photos of themselves. She went there a couple of times to capture some bridges and old buildings. She was Polish and her name was Mira. She never heard her name as often as she did here in Argentina. So, if you have a chance to go to la Boca, you should do it.

It’s a national holiday today but it rains so we can’t go to Tigre. That would have been nice to. There are great markets in Tigre. Instead, we would have liked to see a festival movie at the Hoyt. Unfortunately, the movies were all sold out, and we went to have a coffee with an omelet. The day was over before it had really begun.