That day, Jack decides to go to Rio de Janeiro for the Carnival. It’s very famous down there. He comes to me in the morning, all excited about it, says he would dance all night and drink juicy beverages and make love to the Brazilian women. I say Jack you know what? I’m coming with you.

I’m on an airplane typing with all comforts a human being could possibly want. Except for shaving foam, perhaps. In the in-flight magazine I read an interview with Penelope Cruz who enjoyed working with Woody Allen, and saw some ads for hair implants. Dubai, New York. Honolulu. If you’re rich enough, you can implant 9000 hairs at once on your semi-bald skull. 9000 hairs on that head or 9000 kilos of rice during a famine, you choose. It’s marvelous, our freedom to choose. I sit between a Greek manager with yellow-white hair and a Brazilian drummer, I stretch my legs. The taste of coffee, red wine and chicken remain on my palate. The engines roaring steadily, 3625 miles from the destination. People walk around, they do their exercises, go to the lavatory which is almost constantly occupied. If you fly business class, you can choose from three lavatories. You probably get wet towels too. I don’t care. 528 miles per hour, above the Atlantic, heading southwest. Time difference to Madrid: four hours. The stewardesses are riding the carts through the aisle and ask: pasta o pollo? It has to go fast, but not everybody understands. Portuguese and Spanish seem to have some understanding difficulties. The stewardess, miss Garcia, explained eloquently what was for lunch: “toktoktok”. Pollo o pasta. They say the Brazilian women whistle at gringos, that they love white blonde boys. The pharmacologist warned me for them, said I should use you know what. I’ve never been in Brazil before. I’m excited about it. I take pollo.

We should never give up on each other. If you are unable to see a spark of human hope behind our masks, a blinking spark of the most vital of our drifts, then it’s your blindness, not the other’s failure.

Jack has fallen asleep. He probably forgot about Rio, so I can surprise him when we arrive. I’ll just wake him up and tell him where he is. He’ll be excited again. It’s a very comforting thought that you can always surprise Jack. His naive excitement is the best veil you will get to temporarily envelop your loneliness.

Flushing a toilet in the Airbus 340 is loud like hell. I check and double-check that I didn’t throw my belongings in there. Have to keep everything on you. With my faits accomplis, my hands washed, and the sweat wiped from my long elvenhair, I push the blue button. A little hole opens and something sucks in my excrements with a load growling noise, like a rusty sledgehammer paired with a pre-war vacuum cleaner. The brusque noise lasts for about five seconds, then everything is silent again. It’s not loud enough to make your ears hurt. The contents of the toilet bowl are sucked into the unknown interiors of the jet or are they flying through the air, making their way down towards the wild ocean that will swallow them like anonymous clumps of dry sand.

Tonight, I shall dance. 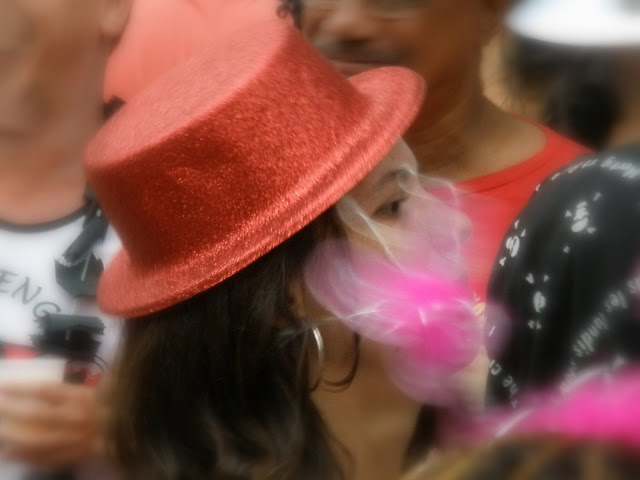 And I did dance that night. But it took me a couple of hours to get from the airport to the place I was staying. Arrival in Rio was all good. In the airport I saw a few tourists, British I guess, waiting for their bags next to the transport belt. The man said to his wife
“This is always the worst part of traveling.”
These twenty minutes of waiting in an air-conditioned hall with tax-free luxury shopping and toilets with as much handsoap as you want right next to it? These twenty minutes they wait, then they get their bags and off to the hotel they go. This is the worst part? I can cope with that. But to be honest, I don’t want to. I want the worst part to be eaten alive by musquitos, getting robbed, falling from a cliff and breaking your legs, getting seriously ill and spend three weeks in a hospital bed without tv, those kind of things. It has something to do with feeling alive and stuff, but everybody has its own taste when it comes to feeling alive.

I shared a taxi ride with a British woman who was very friendly but the hotel she stayed in was not at all near the place of Mr. Modeste, the name of the couch surfer I would be staying with as the taxi driver said, so I asked and they said I had to take bus 497 and a bunch of carnival people with a green and a blue wig came running after me and gave me some money for the bus and I walked down the street to the bus stop on my way there was a bar where some people danced Samba and I gazed at it and it made me happy I still had my big backpack on my back and my thick orange jacket I wore also on my visit to the Arctic Circle, and the sweat was squeezed through my epidermis, so I walked on to the bus stop but there was no bus 497 a police officer helped me and asked some bus driver who let me on for no fee I had to switch the bus in Gloria. Gloria! The policeman didn’t speak English but some party people helped me because I am a very funny appearance. So the bus took me to Gloria and I waited for another bus that took me to Largo machado again some bus company operator let me in for free, so I still had my three Reais I felt like god wanted to confront me with my frugality, with a dark side of me that can’t stop thinking about money. I don’t buy new socks I turn them around so the hole is on my ankles instead of on my heel; what would Jack thing of that? I don’t care what Jack things. From the square that was crowded with people I had to walk another mile and finally I arrived at the casa of Mr. Modeste, who lives with a cat and is a very friendly host, so I could take of my clothes and take a shower and get rid of my clothes that were all wet from perspiration. I transformed into someone else, I was tranquillo and less ego-centered again. Perhaps the Redeemer helped me out. It doesn’t have all the bravura to match Jack’s genius of self-transformation, but I can still be proud of it.

All new I introduced myself to the traveler girls who were also staying with Mr. Modeste. We went out together, it was crowded everywhere and we drank and danced all night long. Rio is almost on the Tropic of Capricorn. It gets dark very early and the sun rises very early this time of the year.

See this Flickr-page for photos of Rio.