We’re doing fine. I’m sitting in a bar in Zaragoza, watching an old man waiting, a glass of brandy in front of him. He looks at his watch. The Chinese children on the bar are yelling, and the television plays football. It is eight and I am here to write. Words are increasing their subjective value by not coming easily. I suffer pleasantly from the silence in my head.

All I wanted to do is recounting, perhaps for therapeutical reasons, the story of how our car exploded last Thursday (or was it Wednesday). We were on a mission to find wonderful rural places to settle down, to create communities, to live the “good life”, a way of life for which true sustainability is non-negotiable. We had big and wonderful dreams. Don’t worry: All dreams are still there, although some of them have reverted to the pillows for the time being.

How do I tell this story? Do I give a factual account of the smoke emerging from the bonnet, how I pulled over, how we got the baby and some small bags out, and watched how it burned like a piece of cheap fireworks, popping its windows, hissing and whistling, exploding its tires, launching objects and producing a thick column of smoke. The police couldn’t do more than keep us at a distance and watch the show, but was very kind afterwards, issued a report, even negotiated a discount in the local hostel: The owner of which justified his granting the discount with a story of how he once had a positive experience in the Netherlands, the entity of which I had an unburnt membership card still in my possession.

Or do I first whet the appetite of the dear reader, for example:

How do you get from this: 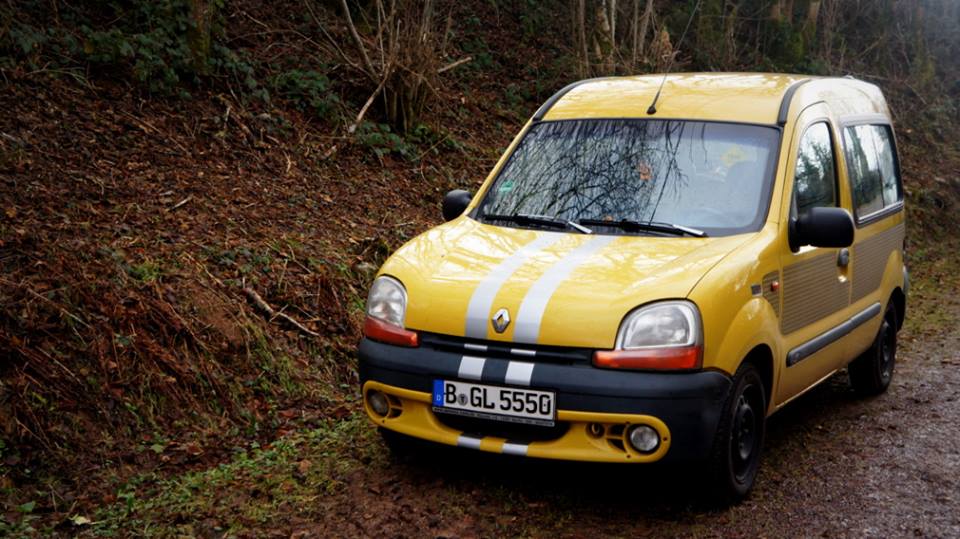 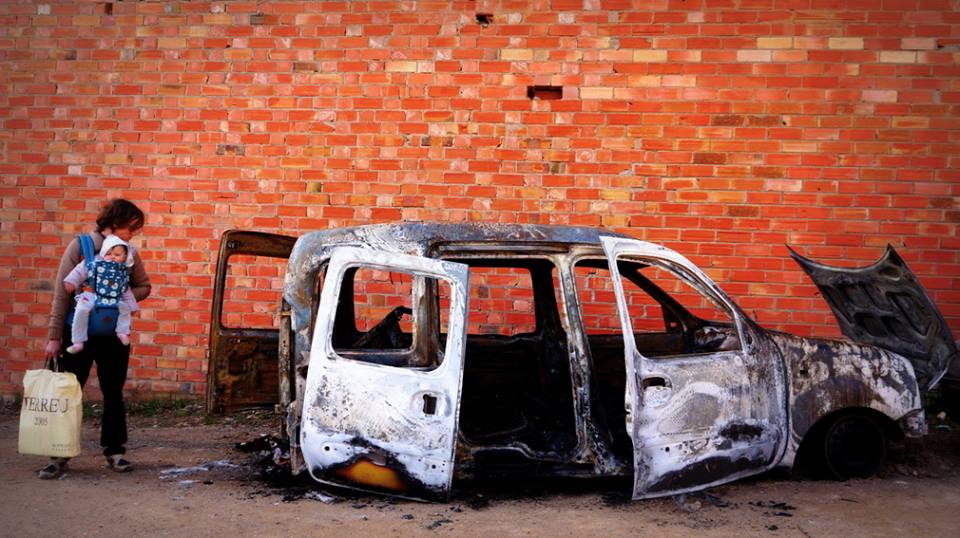 That would likely have the advantage that readers are “dragged” into the story and will read subsequent lines carefully in search for answers to their questions, such as “were there any casualties?”, “how could this happen to a car without any external impact?”, or “do they also think the picture with the baby is very powerful and artistic?”

Another way is to treat the Event as a metaphor. We had been enveloped by a cocoon of safety, that had put us in comfort zone but in doing so, blinded our eyes for the Real life happening out there blah blah blah. It would have been a Dantean Purgatorium, or the Buddhist letting-go of material attachments blah blah blah.

I could also use a similar device as Alfred Döblin did in Berlin Alexanderplatz, offering a careful and numerically precise listing of incinerated objects:

Another promising idea is to fictionalize, for example by adding in the element of crime. According to one mechanic who was present at the time of the accident, it was most likely caused by a failure in the wiring. We could fictionalize this by saying it was an electromagnetic pulse (EMP), and the fact that were targeted would be the proof that we are, in fact, dangerous elements within the State that needed to be eliminated. We would subsequently feel more dangerous, and develop a certain appetite for being dangerous elements (after all, we would need to maintain a coherent narrative). In other words, it becomes a self-fulfilling prophecy that eventually leads us to becoming really dangerous, gun-wielding elements that are then (toward the end of the movie) eliminated in a dramatic stand-off. This device would then allow us to repeal the reality of the original EMP, and say it was a “pulse from the future” – from the future we created precisely by reacting to the imaginary event.

There are probably other, and more interesting ways, to narrate this. Despite our own laconical attitude towards material loss, at least for the readership the story contains an element of negativity, and could therefore constitute an Adventure. A pre-ordered sky-dive or a bungee jump on a shoestring loses its element of negativity (the fear of falling) to readers who have experienced it themselves. For them, such stories are no longer adventures, and they would most likely cut the teller of such lofty tales short by recounting their own skyfall. The advent of an exploded car, on the other hand, maintains its element of negativity (mainly financial loss, a negativity with a very solid foundation in our culture) and will trigger the experienced readership to do the opposite, namely to refresh or supplement their own memory with it.

Well, then, is it an Adventure? Can we make this interactive? What do you think? Can it be an Adventure for me who experienced it and simultaneously a boring repetition of the same, an insignificant variation of a melody in re, to the reader? Or the other way around?

4 thoughts on “Personal story: How to tell the story of our car explosion”