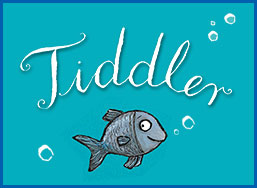 In our time of digital entertainment and overwhelming visual stimulation, where toddlers are growing up with screens, a live performance on stage attains the quality of magic. If only, I find myself thinking, the stories presented on stage are not about war, horror, provocation, abuse, violence, cynicism, shock, and lasciviousness. And that is why I prefer watching children’s theatre.
I went to a show named “Tiddler and other terrific tales” in the Singapore DBS Arts Centre, and enjoyed it very much. The audience consisted mainly of young mothers with their children, but I had mentioned “professional interest, because my wife is in theatre” at the counter when asked if I’m aware the show is for children. My reply turned a frown into a smile, and I had a cup of coffee around the corner to avoid dozing off during the show.I needn’t worry about that, since it was captivating and made me feel happy. Do you know that feeling where your chest warms up from the inside, and you feel more present, more aware, and more thankful about existence? The show lasted for only one hour, probably to accommodate the attention span of the young audience, and it was very nice.
The music, played on a ukelele, a clarinet, and a harmonica, was wonderfully rhythmical, and the tales themselves were inspiring. I liked “a squash and a squeeze”, about an old woman who complained that her home was too small. A wise man told her to take in the chicken, then her goat, then her pig, and even her cow, only to release them all, whereupon she perceived of her dwelling as gigantic. I liked the pace, and the humorous, not moralistic way of conveying the idea of this tale. Happiness is in the eye of the beholder.

The title story, about the little fish Tiddler, reminded me of the Derridian point that there is no meta-narrative. Three fishermen caught Tiddler, whose story was that he always made up excuses why he was too late for school, stories that were never believed, until one day he was got stuck in a net and only found his way home after a long day of adventures. The story of Tiddler itself was shared with us, the audience, by the fishermen, who were so real in their yellow raincoats, that it made me happy.

Another tale is about a giant buying new clothes to become the “smartest giant in town”. He subsequently gave away all his clothes to animals who needed them more, like a giraffe with a cold neck who got to wear the tie. In the end, the giant was almost naked, and lamented his bitter lot. The animals returned to crown him the “kindest giant in town”.

The frame story of the monkey who lost his mommy was lovely, too (and I’m not going to give away its conclusion).

I was proud to sit in the audience, looking at the set design (which was well done) and listening to the stories. I realized once again how important it is for our children to experience live stage arts, rather than screened, canned, uniform entertainment.