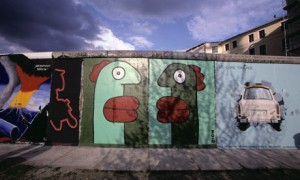 Working relations are about power. You sell your labor (remuneration is essentially the primary reason for working) or else…

Or else you could be reprimanded, suspended, or even – fired. That infernal metaphor is a powerful aid in the manufacturing of the worker’s worry, that are designed to last until all productivity has been sucked out of him and made available to the system.

“Look at him, he’s afraid of losing his job.”

What if, in the next inevitable round of mechanisation, machines start to outcompete people on all trivial tasks and most of the jobs we would today call complex?

There are upper and lower limits of unemployment. Just like it is unlikely to go below 3% in non-wartime economies, there is an upper boundary of perhaps 30%. Beyond that, society will grind to a halt, much of the production process loses its raison d’etre, and the country will be shock-and-awed (Naomi Klein) into a new paradigm.

People without special skills, who in the past were condemned to “selling their body power” won’t even be able to do that. It would cost more in subventions than they would ever be able to generate in revenue, and these subventions will not be available in an increasingly competitive international market. These new unemployed masses (we are talking about unemployment rates much higher than the current critical rate in Spain of about 25%) will pose a serious risk. They can’t be fed by social welfare and they can’t be given jobs either.

So we might be headed for a revolution, one that claims to really take away the wealth from the capitalist class and redistribute it among the people. It is just a matter of time. Increases in effiency and mechanization are not going to slow down.