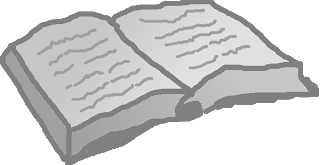 One of the craftsmen whom we first expect self-reflection from (apart from the philosopher, of course), is the poet. We would like to read a theoretical, tangible account of their motivation to write and why they think poetry matters.
Since my poetic aspirations were not all nipped in the bud by the frown that ends our adolescence, I too should write a modest ars poetica. So here it is.

Take the famous thousands of chimpanzees hammering incessantly on as many typewriters and producing Shakespeare after a few quadrillion years. Or a more realistic example, your five year old nephew scribbling half a dozen words on a piece of paper that you subsequently decide to recognize as the work of a genius. Or more practically: we could program computers to toss together words with a calculated poetic aura in a way that would fit their mathematical vectors to produce magical poetry. “Sordid” and “excellence” would end up in conjunction (as in the famous poem by Emily Dickinson) because their association vectors are perpendicular and combination would, according to calculations, yield a new rich field of synthetic meaning.

Why is this so wrong? Why can computers never be smart enough? Because it is not about being smart. The art of poetry is not just to say some things and remain silent about others (although it is a sine qua non) but to mean certain things strongly. But that, of course, is not measurable. The five-year-old who scribbled his “brilliant” lines but doesn’t mean anything by it, is, like the chimpanzees, not a poet. A real poet means what he spells out in words, he means it in a way at least slightly ahead of how his audience means it. The audience trusts that he does mean it and that there is a horizon of meaning opened up by the poet’s lines, and the reader can follow calmly in his wake.

So, a poet has to learn to mean stronger, not just to write stronger. How can he or she achieve that? In brief. I hinted trust. Creating a poetic lifestyle, integrating other artforms like music and painting, and every once in a while, try if the working of his words can stand the comparison to old wine.