The bus ride to Adana is uneventful. In a restaurant, I work a bit on translation, which could in theory pay me and make Charity Travel a sustainable concept for me (and you) – who knows. 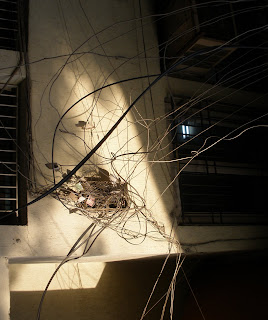 I walk around asking for the address of ACEV, which I find after ten people gave me directions and reassured me that is it very close. The people at ACEV are very friendly and helpful. There has been an incident though, involving an undercover documentation by a woman called S. Ferguson who filmed allegedly bad aspects of Turkish ngo’s.

As a result, ngo workers are loath to invite journalists and have to get formal permissions for it. I assure them my intentions are to promote their cause, not to harm it. As it is almost weekend, they can’t call Istanbul now. But they will on Monday. I think quickly and reschedule my trip. I will be back on Monday.

I feel so happy. All the people are so willing to help the Stranger. I just got a lift to the Otogar (the bus station, the sound of the term reminds me somehow of  Otoman – as you probably know by now, I always try to praise the history of a people I visit with a little witticism or jeu d’esprit).

I meet a friend at the Otogar and we’ll spend the weekend together in Adana and Mersin. But first we eat the famous Adana Kebab.