Today, I go to the Club Nautico again, this time with a young Brit called David. He is a Londoner and I have met a lot of nice Londoners along the way. He is gathering random events, which I like a lot.
Doug’s boat was already full, so we spoke to some more skippers. Olivier the Frenchman with his thick accent and grey beard, Herman the Hungarian Hun with his boat Atilla and big silver earrings. Fabien the professional experienced Colombian. They explain us how expensive everything is and how much work to operate an open-sea yacht. Our bargaining attempts fail and we give in. Tomorrow we will say YES to Fabien. We will leave for Panama the 13th of May.

We always desire violence more than we would admit. There is a metaphysical need for violence in all of us, and when it doen’t come out that means we’re suppressing it. Buh! How many writers impress their readers by this kind of talk. They all want to show us the darkest corner of the human soul, exemplifying it with their own soul that spouts deep metaphysic 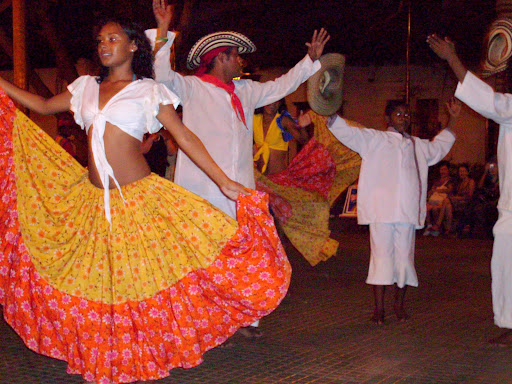 al tones in e-minor just like an enormous organ in a gothic church, why not, they want to cut off the breath of their own public, strangulate their readers with their words. And in the end they say it’s all meaningless. Well, write about meaningless butterflies and meaningless hummingbirds then, instead of our meaningless lives. I have to elaborate this kind of stuff more, but I’m tired. I need better metaphores to describe the character of that writer so you can follow my imagination better. The long unkempt curly hair with shades of grey, the large plastic frame on his nose, the self-aggrandizing smile on his wet lips, his tailormade ruby suit, his laid-back posture, the wrinkles, the restlessly bouncing feet, that kind of things. I have to eleborate more in order to make you feel and think about it. All that pseudo-intellectual rant – what do I want to say here – that so called deep talk about the great questions: Why do we talk? Why we hold dear the illusion that we are not alone on this path to eventual decay. We always express ourselves in the hope our words echo in the receptive mental chamber of the Other. It doesn’t matter how black and nihilistic our words are. And there he sits on his chair, the writer, pressing the nail of his thumb slowly in the cushions and suppressing a long yawn. He is bored by the whole situation. The question remains: Why doesn’t he write about meaningless hummingbirds instead of the meaningless timespan between ejaculation and death?

There is a computer problem. On Ivan’s memory card is a virus. I discovered it and engaged on the resolving process right away. Like ambulance personel that doesn’t want to waste a single second. When I work with computers, which I don’t like, I can’t do only one thing at the time. So I download a couple of programs and try to restore the data with some tools simultaneously. This takes me a few hours, in the burning midday sun and I was kind of happy about it since now I am secure this is not my life. This was the thing I have escaped from. Like a good prisoner, the memory of my old prison fulfills my heart with joy. From the outside, that prison looks very, very pretty. Now I can see what it is: It’s just a laugable episode, an unsignificant interval between juicy organic activities. I resolve every aspect of the problem and that should have raised endorphine levels to induce a feeling of satisfaction and relief, just like it does with normal people. I am just sweaty, hot, and hungry, but happy to have experienced another proof ex negativo of who I am today.

After that I take a shower. Why not write a story about my seven-second fight with gravity and the soap? They have every right to be honored here. The soap is a piece of cheap red perfumed soap I bought in Santa Cruz for my private bump who refused to use it. It’s very slippery but it does what it should do: take away the sweat. I keep it in a plastic bag so that it doesn’t waste the other contents of my backpack. There are some hairs sticking on it, and its surface is not as fine as it used to be. That’s about all I can say about the soap-character, admittedly it’s not much. The gravity, my other adversary on this sprinkled venture, has an even simpler character. At least, to us earthlings it reveals only one side of it: “go down” I think maybe the soap could have made it into a modern play, at least it would have a chance to slip through, but the gravity would definitely be denied a role. My seven-second shower fight was, for that reason, not a modern play and would probably miss the Becketty finesse. If it was not a play, so it must have been real life. Seven seconds of real life! That’s something. I hold the soap in my right hand and try to rub my left arm, armpits, chest, belly, making a few circles around the bellybutton before the soap slips out of my hand. With my left hand I manage to catch it before it hits the floor and start washing my right arm, armpit, chest, belly, where the soap tries to escape again. A second time I can foil the conspirancy of its slipperyness and the blunt “go down” of gravity once again and catch the soap with both hands. I wash my thighs and bend forward to reach my calves. That was fatal. The soap falls on the floor and I lose the struggle. In only seven seconds, a foamy allegory to the drama of life has taken place. There is no

We go to a dance bar. The girls don’t dance with us. Either they’re hookers here, or frigid, that’s an interesting juxtaposition. This town is full of interesting juxtapositions and we sense that even though we only know the touristic center. When we walk home, some whores offer us massage and fuckifucki.
“Muy rico, muy economico fuckifucki suckisucki. Cinquenta mil pesos.”
Conversations with prostitutes usually never surpass a certain level, where only the erectile parts of my being are being taken into consideration. I don’t really like that.

I’m a bad boy. With the fake 20.000 peso bill I still carry along with me, I buy some beers on the street. The guy who sold me the beers recognized the counterfeit bill and showed it to some police officers. I have to come with them because it is a crime to have forged bills in your wallet, they tell me.
“How can that me a crime?” I ask. “I’m a tourist, I don’t know about this.”
-“I know, but Colombian law is very strong on this.”
“Look, I probably received this bill in a shop in Manizales.”
-“You walk with me.”
“Can’t you please let me go. I’ll be careful with the bills next time.”
-“Right now you’re arrested.”
“Look, it’s a twenty thousand peso bill. I can give you a real twenty if this remains between us.”
-“What do you say?”
I look around and tap him on his left shoulder.
“I want the best solution for everyone. You know I’m not guilty and I know you don’t earn much. You can eat out with your family with this money.”
-“I would, but it’s not my case.”
We walk on to the headquarters. I have to explain the situation a couple of times, in English and in Spanish. In the hostel, I can borrow some money to pay the beer-guy who has followed us all along.
“What happens next?” I ask.
-“You must offer them the same thing you offered me.”
“What do you mean?”
-“The twenty thousand.”
“No. That would be bribery. And I don’t want to do anything illegal. And besides, you know I am a writer and I will write about this. I hope I can write a positive story about Colombia.”
-“Tell them what you’re offering.”
“No. We shouldn’t be talking about this. Maybe I should talk to your chef instead.”
-“It’s your decision. We have to take you.”
His colleagues waited on their motorcycle, laughing.
“Now you must go with them.”
They kept laughing and when I told them again I wanted to talk to the chief of police, they suddenly announced me I was free to go. On my way back to the hostel I saw an older man in a police uniform standing on a balcony overlooking the scene. What might have prevented me to spend the night in prison was thus a trick. I started mentioning the bribe, and when they were considering it, I suddenly changed my attitude and told them I didn’t want to do anything illegal and I’d write exactly what would happen. I guess they were intimidated. Not bad, huh? There might even be a moral of this story:

Kamiel’s Daily Karma Rule: “Intimidation can be reversed”
If you’re intimidated by a person and a concept (such as the Law, Truth, Guilt), be imaginative and use the same concept against that very person.