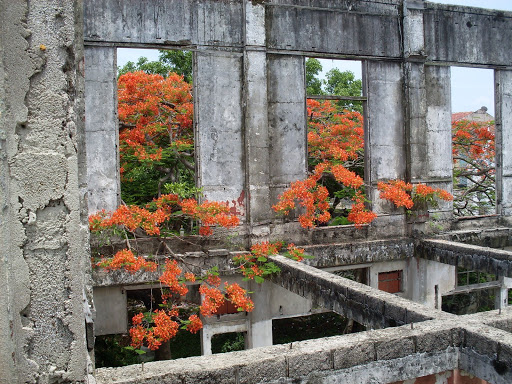 According to my plan, I will hitchhike on a slow boat to China. The means to that end is a stubborn and tenacious sojourn in the port. So I leave the hostel in the morning and take a bus to the Puerto Balboa. Balboa is the discoverer of Panama and the namegiver of many things. They call a dollar a Balboa. Here’s what happens in the port.
“Sir, are there any captains around here. I have an OFFER for them.”
(never ask for a favor, offer something instead).
-“What do you mean?”
“Well, if he could take me on his ship I could pay hime like 200 bucks, off the record of course, and it wouldn’t cost him a dime.”
-“Manaña maybe the captain will come…”

In the port, I am told to talk to Mr. Castillo. A security guard takes it very serious when I ask him if it is possible to talk to a certain Mr. Castillo. He calls him up and spells out my name over the phone. A certain mr. V-e-r-w-e-r is waiting for you. No no, I say, he has never heard of me. I am told I should call his secretary and come back tomorrow. I had the feeling that this tomorrow would be the beginning of a very long chain of tomorrows that would keep me in the ugly city of Panama for weeks. And I wouldn’t have any guarantee that a vessel would take me as a passenger. Pondering along those lines, I promenade along the port f 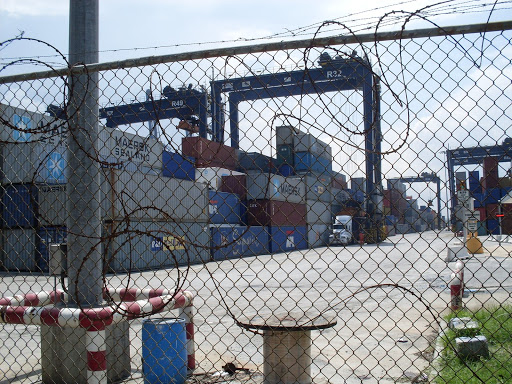 ence and consider the alternative. Why don’t I continue my way north instead through Central America, reaching Los Angeles eventually to catch a plane to Asia from there? The countries of Costa Rica, Nicaragua, Honduras, El Salvador and Guatemala seem interesting. And it’s easily done. I don’t have to depend on the mood of certain people, of Port Safety Restrictions and things beyond my reach in general. It sounds very tempting. Yes, why not, I will just continue my way north, and see some very spectacular naturaleza on the way, I shall be careful not to catch that H1N1-thing the media is overdramatizing, and I won’t arrive in dodgy cities in the middle of the night. That’s it.

It might be the ants that help me taking that decision. I see a tree with hundreds of ants climbing its bark. They all carry a piece of leaf with the size of a fingernail. The ants are moving along a certain path, it’s like a highway. I follow it across the pavement, under a car, through a ditch and then into the ground on the other side of a fence. This is discipline, zeal, perfected diligence. It’s actually quite unbelievable, the way a group of ants can organize itself to accomplish the very comp 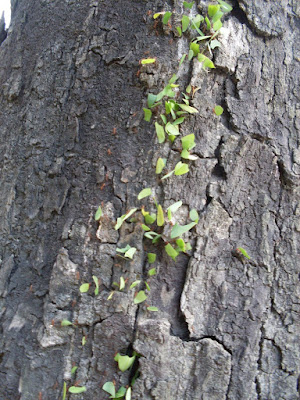 lex task of defoliating a tree and building an underground fortress with the leafs. I gaze at the ant trail in stupefied amazement. The anthropomorfic projection backfires soon after that. What are we and what is our leaf? What is the human underground fortress? The money we make and the financial system? That’s ridiculous. The only leaf I can think of are plain social skills, and the only fortress is Love. We climb up a tree to pick up some social skills, and then transport them all the way down and into the place where we are constructing the fortress of Love. The ants know what they are carrying and work incessantly. We have yet to find out –

I visit the Casco Antigua, Panama’s Old Town. It doesn’t exactly blow my mind, though it’s allright. Just another World Heritage Site, some interesting churches and a pretty square. I walk around like tourists do and climb some ruins at the coast. A man shows me the entrance, and I climb some stairs to reach the upper level. How pretty these ruins are! And how pretty the view towards the skyline of Panama’s financial city! It’s a rugged concrete structure, nothing else, but it’s gently draped with bright red flowers. I take some photos while the man is waiting for me downstairs.
That man wants something, of course. He has a story that is either a laughable rip-off cliché or an inhumanely bitter situation. He needs babymilk. He needs a pot of powdered babymilk for his kid. I fail to believe him. He takes me into a supermarket and shows me the milkpowder that cost about four dollars. I still don’t believe him. To get rid of the beggar, I put one dollar in his hand.

Back in the hostel I cook a big meal for myself to fill my stomach before the next long bus ride to San José, Costa Rica. I overcook the meat and the barely cooked risotto tastes sour. The other night, when I cooked beef and fried potatoes together with DJ, it was way tastier. But DJ has already gone. It’s time for me to go too. We take a taxi to the terminal and get on a 25-dollar-bus to San José.