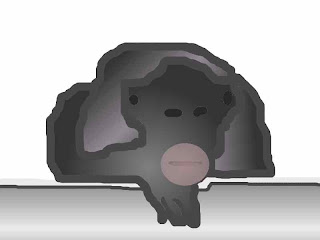 The premisse is interesting and not so far-fetched as it was at the time of the original movie, given what our laboratories achieve. So I expected an engaging narrative around hyperintelligent apes demonstrating how to outsmart the humans by being incredibly cooperative. I expected a visionary tale of wisdom making us silent in the face of the idea of the apes surpassing us in the evolutionary race.

But they weren’t more than a growling horde, really. It was like the movie showed that even sublime intelligence can’t find a way to overthrow the system and that all protest is in vain.

The final key scene on the bridge was hardly inspiring. The apes climbing on the cables and taking the police by surprise, the mean ape that was treated with the more powerful brain regeneration drug was just plain stupid mean instead of dangerously, insidiously persuading the others. Imagine a genius dictator who has all the empathy it takes to win over everybody and exploits it to control all the others. They could have shown how the genius ape had to turn evil because his overabundant intelligence made the world and all its challenges, both social and theoretical, appear boring to him. The director could have explored sociopath character traits and focus more on the primate’s interaction with each other. It would have been so fascinating to see how the apes operate on much higher levels of empathy and social intelligence, we could have been mesmerized by their mind-bogglingly subtle conflict resolution skills, and smiled at an occasional wink of irony to world leaders of human kind.

A lot has been written about Hollywood simplicity by Zizek and all that. I would just like to get the word out that they missed a chance for a great movie here.