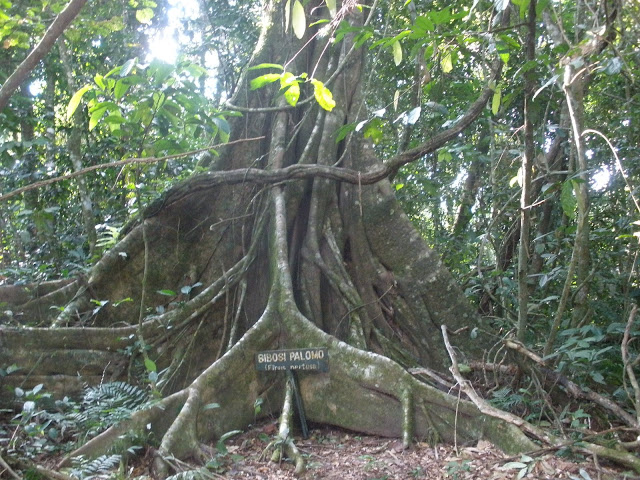 Remember yesterday? That I dressed up a bump from head to toe? And proudly presented it to you? Today it’s time for a little moralist sneer. Why do you have to tell this kind of stories, to proof you’re good? Do you want the reader to admire you for it, do you want to tell him, you are morally superior? Superiority? Is that it? How low, how cheap you are. Your face should be hidden forever behind thick brown curtains, hidden away from the people of good beliefs. Why? Because you used your alleged goodness to make yourself seem good. That bump hasn’t played the slightest role in the autistic theater in your head, I bet. He was just some collateral human junk that crossed your path whom you have played your pseudo-moralist so you could adorn your ego. You asked him he’s happy when you were done? You cynical bastard. It is so ugly this show of yours. Your ego is so despicable. As if the happiness of the bump would save your soul. Who cares?! This life is about becoming pure and good and modest souls every man for himself. A stinking bump along the way ain’t gonna help you, an overly dramatized theatrical mise-en-scène of alleged humaneness will only stain your wrenched soul more, and insult the Others who try to walk the cumbersome but righteous path. You should be ashamed of yourself you know that? Helping a bump on the street. Where is your consciousness?

STOP IT! Everybody who thinks along these lines, who thinks the ego conducing the helping hand is a factor in the calculation of the goodness of the deed should be burned at the stake. Their preoccupation with the pureness of their own moral acting, and their grabbing every chance of insulting the other of acting morally unsound makes me want to puke. The happiness of the bump, yes the vain happiness of him one single day in clean clothes, the vain happiness of him one day smiling at that stupid gringo facing him and buying him chocolate icecream, that counts more than all the internal wickedness of all moralists combined. The bump didn’t even wear underwear under his new clothes. Got that, you stinking moralist rats? I did it for myself, because I wanted to see a smile on the old big-nosed wrinkled face of that bump in Santa Cruz. Got that, you moralist freaks? I will come back to you later, because I am angry with your kind. It is the same anger Nietzsche felt and I warn you, don’t push me. This time I let you go. Lick your wounds and go cipher the goodness of your moral superiority.

Instead of rolling out another argument here, I will quote from Bergman’s movie silence (Tystnaden):
“Erectile tissue…
It’s all a matter of swollen tissue and secretion.
A confession before extreme unction:
Semen smells nasty to me.
I’ve a very keen sense of smell -and I stank like a rotten fish
when I was fertilized.
It’s optional.
I wouldn’t accept my wretched role.
But now it’s too damn lonely.
We try out attitudes, and find them all worthless.
The forces are too strong.
I mean the forces…
The horrible forces.
You need to watch your step-among all the ghosts and memories.
All this talk…
There’s no need to discuss loneliness.
It’s a waste of time.
Give me my writing things.
I’m feeling much better now, let me tell you.
o you know what my condition is called? Euphoria.”

A long voyage takes me to Buenavista today. The entrance of the famous Amboro National Park should be there. In the morning, I see a man dressed up like a butterfly (mariposa) on the television. It is a program that show childrens the ecological value of the Pantanal and its natural inhabitants. The man talks “mariposa” and goes like “bzbzbzbz” asking the children to translate him. I find it a great idea to make children aware of the value of the naturaleza. I greeted the boys in the hostel and left my backpack there.
I had to take two innercity micros, two regional collectivos, a taxi, a motorcycle ride through various rivers and an uphill walk to reach a pristine spot in the Parque Amboro where tapir trails and silent butterflies catch the eye. But first, I experience the Bolivian countryside from the bus, the breeze blowing in my face. The land is green, the cattle is mixed, cottages have thatched roofs (Motacu, as I will learn a few days later), a broad brown river rests in its bed. Life is tranquilo here. In Montero, I have to change the bus. An old woman doesn’t want me to take her picture, but a young boy wants. I ask the boy to sit on the driver’s seat and take the wheel. He smiles. Is humanity divided into people who don’t mind total strangers to take their picture and people who do, I ask myself when I take a short look at the center of Montero. Another long busride follows. I copy the prayer the driver had put on the roof because I like it.

In Buenavista, I get into the taxi that will take me to the Chonta, one of the park entrances. They say it’s a three hour walk to the actual park. And I have to wade a river. They, that’s a Bolivian family that offers me a traditional meal of greasy chickenbones and dehydrated potatoes in a tepid broth.
“Three hours ida, three hours vuelta. No chance to do it today, gringo.”
I nod at them but decide to give it a try. I cross the river carefully since I am wearing my computer on my back. On the other side, I meet José Luis Hurtado, the méjor guia of the Parque Amboro, who gives me a ride with his motorbike to the park entrance. This is great! I grap the saddle and hold on, because he likes alta velocidad. José Luis rides straight through rivers, it’s so cool. The road would be a real challenge for a 4×4 vehicle, and we just spurt along. He shows me the house where he lives with his uncle, where I take a few pictures and share a grapefruit with the pigs. He shows me huge trees with the most powerfull roots I’ve ever seen. Some species of trees have a bunch of roots in a wigwam shape to support the trunk, other roots form slings, snakes, and many more natural resemblances. At the park entry there are some empty huts. We walk around and call for the señora, but nobody is there, saving me the entrance fee. My guide shows me a trail that takes me to an interesting mirador, passing many more fairytale trees and some small red birds. Deeper in the park, there are tigers, but there is no chance to meet them here. We walk down to a river and see the butterflies and tapir trails I already mentioned. It is a beautiful place and we drink from the water.

So, for me it was possible to see a fair bit of the park in one day. Returning on the 125cc motorbike felt just great. Sitting on the back again, the engine roaring and the palm plantations zooming along, we shout our slogan “vivir la vida por lo maximo” at each other.
I pay my guide 100 Bolivianos for it because it was worth every penny of it. Wade back to the camino, got a ride from another boy (everybody drives motos here) to the main road, and a taxi takes me back to Buenavista. I decide to walk around and went to the central square. There I hear sounds from my home country: “Tulpen uit Amsterdam” (tulips from Amsterdam) in a version of André Rieux on two flatscreens. I am very surprised and enter the pavilion to say hello and ask about the music. A friendly woman ask me to participate in a questionnaire about the National Park, and she asks me a range of questions. I am glad to tell her about my motivation and we chat a little bit in private, too. Her name is Carolina.

It is too late to return to Santa Cruz. I call my hostel in Santa Cruz (yes, it was possible to retrieve the number) to tell them my backpack would spend the night there. Carolina shows me a cheap place to stay with an old woman. All I have to do is buy a new toothbrush. Just outside the shop I take a coca leaf from a jute sack and chew it. It’s strong and bitter. So, millions of those leaves would eventually make cocaine: the old Bolivian problem. Residents of Bolivia are allowed to grow coca in small quantities for private use. Large-scale production is prohibited.

I am very tired and spend the night in a good bed. The old woman is playing cards until deep in the night.