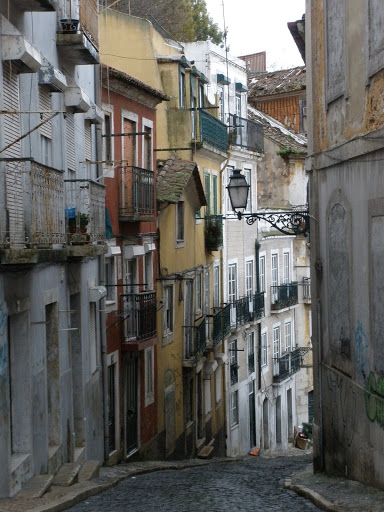 In Lisbon don’t miss the Miradoura Adamastor. Adamastor, a great Portuguese discoverer, an icon of the empire that has been. His statue looks out over the Tejo now, and there are always young people drinking and laughing in the square of the Miradoura. The sun heated up the scene, a drunk Scottish boy mooched about with a bottle in his hand. I had seen that boy the day before as I sat in a small street café he came leaning on the sunscreen and almost fell on my table. I hid my notebook afraid as I was that he would tear it apart. He made a bad appearance, with a bad smell and bad words. I don’t like that. We waited for him to go away. We that’s me and the Canadian (Quebecians, real Canadians qui parlent les deux langues) woman on the table next to mine. I tried to provoke me but I sat still and thought what I could learn about human nature from this poor lost bastard: nothing I didn’t already know of course, with my bibliotrophic past, but something to be reminded of, like every human being has – even in his lowest phases – the ability to remind us of some truth about our nature. The Scot finally turned his back saying “I am so bored…” He went into the vegetable store at the other side of the street and came out screaming with yet another bottle. Not an easy target for compassion, and frankly I didn’t feel like helping him out of his ennui. I had a strange fantasy though about m 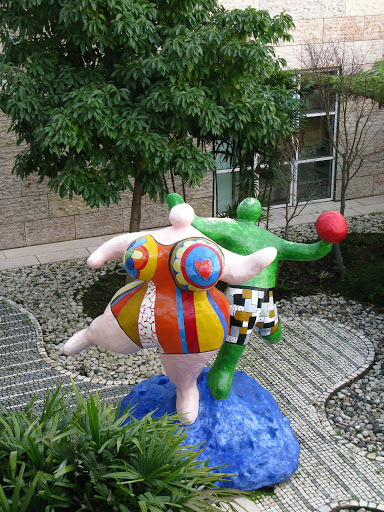 aking him write. Forcing him to write, putting a pen in his dirty fingers and wait until the ideas his ego produces to cope with his boredom just pour out of him. It would be pure writing, writing from within the darkness of a human soul, about the purest truth under the scars of language. But he did not write and I’m afraid he never will.

The rest of that day I just wrote, took notes. I hope it will be intense enough. Like strong coffee. So that the dearest reader says “gee, I’ll think that over again” or “gee, that page just liberated this small bird within me I carry along with me that puny bird called dreaming” or whatever. But it’s a sin to think about your readers too much. If you think about them all the time, you end up writing things they could have written by themselves. And that means they would prefer to write it themselves. Anyway, the writing went on as I intended – that’s it: intention, promise in the morning, achievement in the late afternoon, reflective happiness in the evening and creative dreams at night.
We went out that night in the Barrio Alto, had a beer in a small bar for only one Euro, and some Portuguese yellow beans that they serve like peanuts. It took me a while to get used to them. You bite the skin off and let the core pop out into your mouth. I spoiled a lot of beans on the floor, and made some people laugh.