Another day went by in peaceful reflection and writing. I stayed at Ellu’s place now, a very friendly Estonian whom I met at the party my first night there. I produced enough pages to be content and lie back in complacency at night.
I still saw something of Tallinn though… 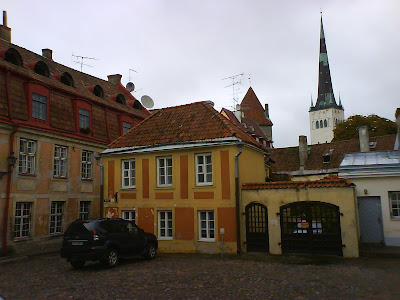 Well, that’s Estonia: you see the big black SUV? Alar told me, Estonians really are big spenders when it comes to cars, and I have seen rows of 2 ton steel giants, cramped into the tiny cobble stone streets of the Old Town. I was wondering how they drive them through the narrow medieval entrance gate when they go to work every morning. Speaking of the medieval fortifications, I entered some part of it for just 15 EEK (about 1 Euro). I was excited like a child (love that feeling) to climb up and down some stone staircases that went to towers that where pretty empty, except for the surveillance camera. One of the towers was called “Nun’s Tower”, and I leave it to your imagination why. 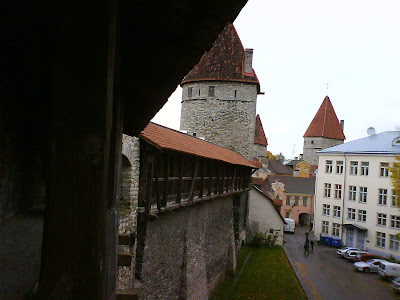 I know what you’re thinking. No it’s not your lack of imagination. I simply forgot to look for an explanation. So long.

One thought on “Tallinn #3”