I watched an entertaining and instructive talk by Swedish professor Hans Rosling the other day, because YouTube recommended this video. Mr. Rosling introduced himself as a dry statistics professor but did everything humanly possible to maximize the probability of laughter he induced among his mixed audience. Watch the first few minutes of his presentation and you’ll know what I mean.

His organisation, gapminder.org has the modest motto of “looking good at the data” and he makes the case that a lot of our public debate is biased by preconceptions that have proved completely wrong. He gives the example of Bangladesh, where the current fertility rate (the number of children per woman) is about 2.2. Polls in Britain and the UK (so-called ignorance polls) have shown that most people think it’s twice that number – and educated people’s guesses were even further off.

What his data shows is that we tend to paint a much bleaker picture of the state of the world because of cultural biases like the one that “people in poor countries just breed like rabbits”.
Rosling proclaims that we have already reached “peak child”, the maximum amount of children born per year. Population will keep growing, because of the “add-on effect”: when the largest generation (born in the last two decades) reproduces, they will keep the number of newborns higher than the number of deaths (hence net population growth) but the number of children we add every year will decline.

Mr. Rosling then points at the obvious, that yes of course we have more than enough resources, but our problem is the distribution and waste of them. If corn ends up in gas tanks and soy in a Chinese cow’s (a rich person’s steak-holder’s) stomach, the poorest billion won’t have a stable supply of tortillas and tofu, especially when also plagued by natural disasters.

You can download free software at www.gapminder.org/, and test your own hypotheses against the data.

Rosling calls himself an “possibilist” rather than an optimist. Of course, from his vantage point as a TED-talking professor, it would be impossible to give another message. And the data he brings is quite convincing, as far as statistics go. Yes, we are normally to pessimistic in our estimates of child mortality in developing nations, or average life expectation. But too much data can miss the obvious. We have all these lines that smoothen, all these dots on the map that nicely converge, so that we’re very tempted to just extrapolate and believe that the result is the way we should look at the future.

But the future is likely to hold some surprises. As we know from climate science, where the worst expectations had to be profoundly readjusted when new data came in, we should be very careful to rely on statistical trends, as it might leave us less prepared for the unexpected. 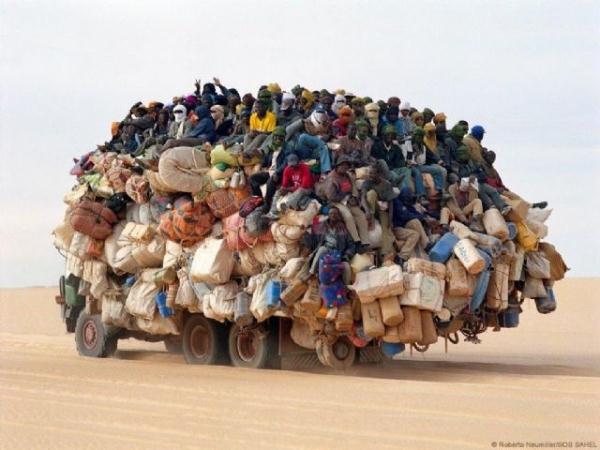 For that, I recommend the book “Countdown” by Alan Weisman, a tour-de-force by the journalist who also wrote “The world without us”, the fascinating thought-experiment of what would happen to this planet would all of humanity perish today. “Countdown” is about the world with us, with the prognostized 9 or 10 billion of us. Weisman has traveled to twenty countries for this book, and his writing is very engaging. We follow the author on a trip to the country with the highest birth rate (Niger, about 7 children per woman) where the logic that in order to have a few surviving children, they need to give birth to so many, is still prevalent. We are with him in Israel, where ultra-religious Haredim see it as a moral obligation to have as many children as they biologically can. We join him in Japan, where he tests a robotic arm that can lift elderly and bring them to the bathroom without developing back problems – a much-needed device in a society where the elderly constitute the largest demographic. We travel to Iran, with its exceptional decline in fertility rate, to Costa Rica, to the Indian state of Kerala, to the US, and to many other places. We are invited to a party with Paul Ehrlich, the honest biologist who in the seventies wrote “the population bomb”, and continues to convey the message that our numbers matter a lot more than we think. By the end of the book, you’ll be familiar with the thinking of a lot of researchers, NGOs, and normal people – and you might know a little bit more about the world that is generating all the statistics.