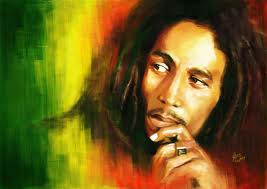 who don’t have the dollars
to fight the white collars

we will make heard
the voice of the suffering grasses

don’t mistake me for a gangsta rapper
or some fake flashy fast car leper
stuck in his McMansion flushing his crapper
we upload our tracks to a youtube channel
I’m a vegetarian, check out this salad’s fennel
check out my mouth what you see is not gold but enamel
we frequent the thrift shop ain’t wearing the latest fashion flannel

we will make heard
the indignation of indigenous tribes
we launch jibes and thunderous diatribes
against corporations and their debt-fucked nations
for the brave peoples of Borneo
the Amazon, Turtle Island, the Congo
to the rape of our planet we say fuck no
dismantle the machines that plunder and raze
smother the brazen motherfuckers’s craze

gotta free them from incarceration, the FEMA camps of the NSA nation
the unguarded slave camps of job rotation, the brutish lives in fear of starvation
abominable mental conditioning glueing the brats to their mothafuckin’ play station
hail to consumerism, burning earth sadism, extreme mental poverty and sedation
word up

get up stand up, get up and join the fight
it’s not a secret illuminati’s canker
caused by Bilderberg Rothschild central wankers
they’ll perish when the system runs outta fuel
the conspiracy is systemic: boring and cruel
the sickness, extinction, ecocide wherever you thread
the sick master’s voice in all of our heads
and no fancy flippant lyrics can beat it to death

or university professors like Chomsky and friends
giving lectures we get high on their eloquence
with theories to make it all sound high brow
revered for their know-how,
politicians that bow worshippin’ the golden cow
with speeches full of kowtow, ni hao,
and nobody knows the fuck how

we’ve got to get out of this mess
restore more consume less
all that we’ve got we gotta put to the test
no time to waste, no time to talk shit
if calling 0800-iwantchange is your best then fuck it