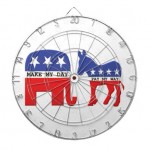 The confusing topic of conservative liberals and libertarian conservatives, of liberals using preservatives and conservatives opposed to preserving common sense. It was on my list so I want to add my pinch of salt.

It is an emotional topic, a topic capable of generating severe weather conditions when dearly held persuasions are perceived as being under attack. My preliminary thought is that it’s important to feel on both sides.

The side that wants social security for all, universal free healthcare and education, perhaps a guaranteed income needs a strong state and high taxes. They abolish the idea that accomplishing anything increases your survival rate, which seems to be a much cherished idea of the other side. I feel this way. Why can’t we, as humanity or at least in a few nations, organize ourselves in a way that nobody has to suffer?

The other side, that goes the other way with the “liber” of liberal, opposes any increase in taxes and government involvement because it compromises their freedom. I feel this way, too. What I do on my land is nobody else’s business; the income I earn is mine and mine alone, and I’ll pick a charity of my choice to spread the wealth around alright.

Who feels on both sides, and uses her rationality in each individual case to decide what her standpoint is? Here’s a sample of how ordinary people talk across the party lines, taken from the Internet.

What I miss in the American debate is people who openly confess they feel both ways. It would be an important contribution to overcoming an antiquated two-party deadlock.