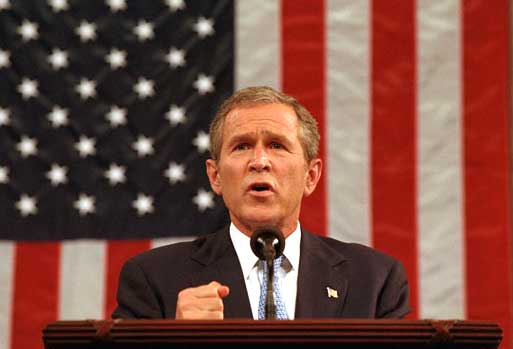 In a nation far away once lived a sad dictator
Called Bush, a brainless man, but a good debater
He was surrounded by savage capitalists
Who manipulated him cunningly like terrorists

The good fairy said “you know what I’ll do?
You can unnoticed go away, then I’ll Double You”
Indeed: The vultures from that instant left him alone
and the nation was ruled by George W, his clone.