If buildings are painted in Kenya, the chances are high that they show the logos of one of the four mobile phone companies: safaricom, zain, orange, and yu. They pay people if they let them paint their houses with their bright green, purple, orange logos. We are proud to erect the first building with non-commercial artwork on its walls. The paint-job will be done in January. 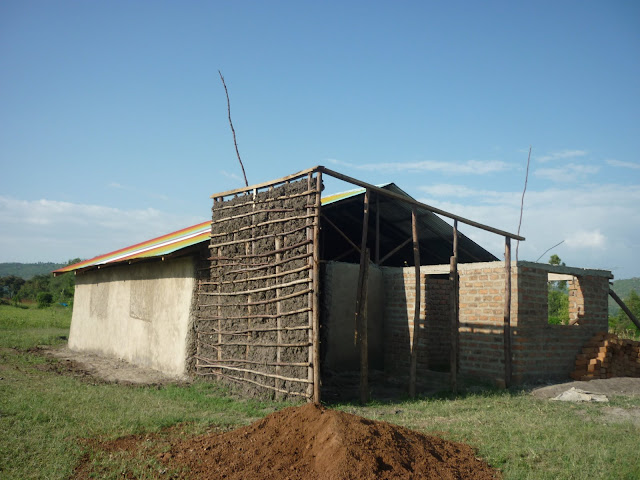 The trench for the foundation of the brick wall is dug by Ben, a volunteer who really worked hard that day, but didn’t live up to his words later. Thanks anyway Ben. On our way to the lake we meet Steve with his initiative “Achievers”. He promises to chip in and volunteer. He doesn’t show up of course. Thanks anyway Steve.

We visit a media house and schedule an interview with The Standard, one of the leading newspapers. We hope the initial interest the journalist showed us will be materialized in our FIRST MEDIA ATTENTION, the first “proof” that we are “real” in this world. 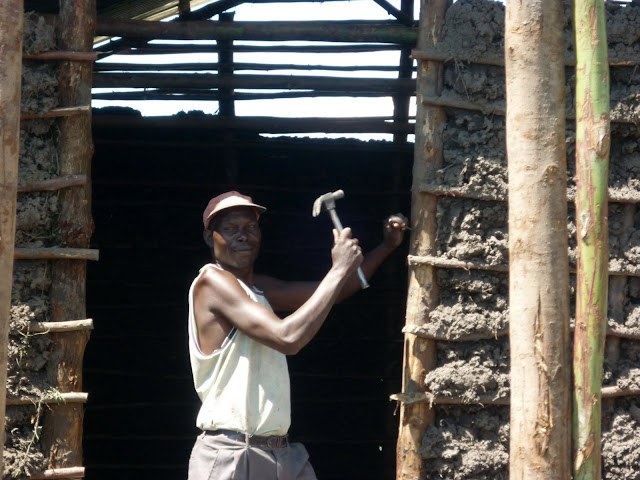 I send a few postcards from Kisumu, I hope they have arrived safely since replies are scarce.

An issue that we have to deal with here is the “money in the white skin”-problem. People see me and they see money. I give a certain donation and the hands go up for more. And o how much I am blessed as long as the purse is not exhausted yet. It’s one of the disadvantages of doing charity privately: they see me as a man who decides spontaneously on the contributions he wants to make, not on the basis of a professional assessment. Well, I just have to cope with that. But some emotions have to be aired. What we need is a literary ventilation shaft. So at times I do feel milked in Kenya by just about everyone. With warm dripping and bleeding nipples I have to crawl into the safe haven of the limit my bank imposes on cash withdrawal.

One thought on “December 23-24. Those days before Christmas…”